#345 The questions raised with pulling online support of last generation

The latest buzz around the internet was the announcement that Nintendo will be pulling their online play support for the Wii and DS and this bit of news was just followed by Sony’s decision to stop supplying Gran Turismo 5 dlc after the end of April.

With the start of the newest gaming generation, players and the console companies need to start talking about what we are going to do with all of the ownership of digital content from the last generation and with Microsoft’s and Sony’s eventual dropping the support of the Xbox 360 and PS3.

On one hand companies should be able to pull support from their older systems, it’s one part because of the cost to continue supplying the support over the years and because it is obsolete.

But on the other, and arguably more important hand, this gaming generation is completely different from previous generations with the introduction  and heavy emphases of DLC and games bought and delivered digitally by way of the Wii’s Virtual console, the Xbox Live Market, and the PlayStation Store. and what will  happen to all the digital games and content that we bought and downloaded in the next few years?

Do we have the right to demand these companies to keep a cost prohibited system open for use to buy and redownload these old games if we bought a new PS3/Xbox360/Wii at a gamestop or thrift shop to replace our broken down devices?

Looking back on the console companies made the major mistake of advertising as actually buying these digital games instead of leasing these titles, that is if they want to continue their constant DRM policy. I imagine they should have advertised as the Netflix of gaming, with account tied streaming television shows and only borrowing the movies disk for a limited  rather than being the DRM-free music store like iTunes and Amazon. I know iTunes’s movies and TVs are still in DRM lock down but you do own any drm free music albums you bought through the site.

I have a feeling that video games, being the one industry to have a relatively quick and sudden turnaround in devices  will have to be the first to answer the question about owning digital content for the rest of the world.

But I want to know what’s your opinion on the matter of games bought on the previous generation and the eventual ending of support? If you don’t like that idea what solution do you propose that is reasonable to both the paying consumer and the company that are trying to make a profit at the end of the day?

I am asking you these question not to get your opinions but because I am at a lost for answers myself.

It seems like November 2013 is going to be remembered as the month of new consoles. Sony launched the PlayStation 4 in the US on the 14th, Microsoft’s Xbox One was last Thursday and the rest of the world gets their PS4s this Thursday.but as well this week we had the announcement of the first commercial third-party version of the Steam Machine to hit the market.

This Steam Machine prototype is produced by iBuyPower with the following specs; a multicore AMD CPU,  AMD Radeon R9 270 graphics card, 500gb hard drive with both bluetooth and Wifi abilities and the product is priced at $499.

If someone wants a creative writingprompy, write a Romeo and Juliet/star-crossed lovers story of this Steam Machine breaking away from the PC family to be with the console group

This news story is amazing in two ways, while I am not technically savvy enough to know the computer parts interact with each other, I am assured that iBuyPower’s  prototype is better than the two consoles and can run major game titles at the elusive 1080p resolution at 60 frames per second at the price of this competition but for me what gets me excited of this product is what the Steam Machine includes. This Steam Machine comes with a Steam Controller and the copy of the free Steam Operating System, this means that this particular Steam Machine could drop another $60 or so if iBuy just wanted to sell their machine without Valve’s patented SteamController. 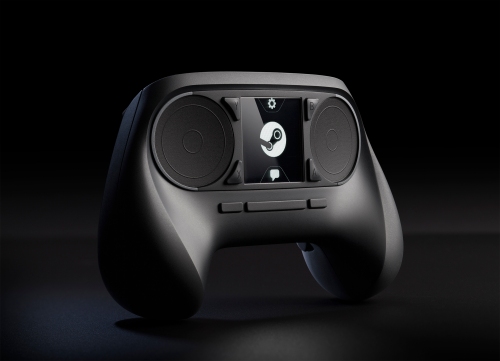 Depending on how well received this product is after launch in 2014 it could open the floodgates for other computer parts companies. My personal prediction is that by the end of 2014 companies like Nvidia, AMD, and ASUS will announce their plans for releasing their own Steam Boxes with their own hardware. Without having to spend additional resources buying the rights to operating system product keys for mass production private organizations get their foot in the door by making their own companies out of their garages and producing custom Steam Machine orders for anyone on the internet.

I said it once and I will say it again, I will pay good money (specs pending) for an honest to goodness purple GABECUBE.

Boom! It has been a full weekend since Microsoft’s Xbox One went live and both consoles came out of the base swinging with the announcement that the PS4 and XBox One sold a million products within their first 24 hours (I do wonder what is the percent of PS360 players that bought new consoles on day and did the percent increase since last generation).

I was going to do a prediction on who will win but all the research I have done everyone else said the same thing. Unless the XBox One  releases a Deux Machina patch that doubles the resolution of all of their games Sony has secured the upper hand in marketing and multi-platforms titles.

This is the first time I have been following the lead up and launch of new consoles and looking back on the entire saga reminds me a lot of the United States Presidential election cycle. If you follow me on this blog, on Twitter, or in real life it is not hard to notice that I love talking about politics and I have almost no problem connecting everything to politics in one way or another.

That’s right I’m kicking off this Monday with another political/gaming blog post. But hey it’s a way to validate the four years it took me to earn my degree in Political Science.

Each side, Microsoft and Sony, starts months or years in advance getting to work behind the scenes crafting the concept of their newest candidate that is supposed to appeal to everyone. With the lead up to the official announcement there are some juicy leaks and rumors while everyone and their dog starts throwing around their speculations of the new products and the current base starts getting hyped again for some new blood and innovation and what it means for the future after it is all said and done.

This goes on for a few months, and even if all of our guesses are right we still have to wait until the official ceremony with the press and viewers a like are invited to tune in as the announcement of the new candidate is made.

If you pay attention the PS4/XB1 reveal were almost the same as the Democrats and Republican nomination ceremony.
Picture from The New York Times

Then in the final stretch to the big day, that will decide who will win, the two sides pulls out the big guns; the major press releases about each one’s policies, the marketing money, and the ad space on the important TV channels and websites all for the one purpose of showing off the product in the best light and swaying the vital few who are on the fence this time around while doing everything in the company’s power to get the third-party companies to support them post launch. All the while the fanboys on both sides tear each other apart on the internet forums with logical fallacies.

Birthers. XBONE. PS4 has no games. Seeing Russia from my house. 47% ect.

The main difference between an US political election and the next generation console war is that both parties in the console war gets to have their product win. After the launch both Microsoft and Sony then enter a friendly Cold War while the rest of us comes to terms with the unfilled promises from the campaign. 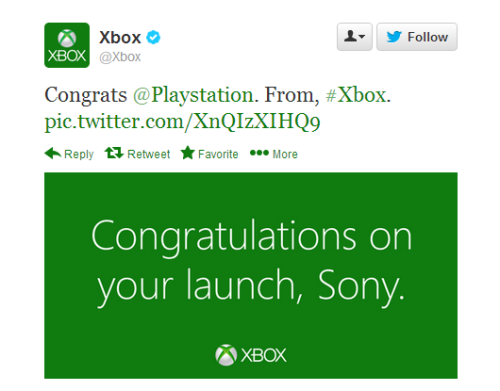 P.S Lest I forget in this comparison the Nintendo Wii U is like the winner of the local elections, the only place where real innovation and change happens without the threat of big money and market testers watering it down. And the PC is like the Illuminati as in it is as old as dirt, longest lasting party, and does everything the main two consoles can do but better all the while pulling all the strings in the industry. 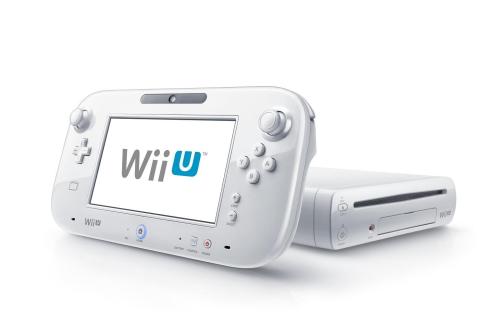 Everyone laughed at the Nintendo’s past two consoles but who’s laughing now? Not the people who now have to hook up their Kinects to their TVs and going out this Fridays to buy Vitas for their PS4 dual screen gameplay mechanics