Christmas came this year and I am glad to write that the day was full of gifts, good spirits, holiday foods and of course a viewing of Lord of the Rings. Out of everything that Santa brought Amiibos versions of my brother and my main, Pikachu for me, Yoshi for one of my brother, and Kirby for my other brother.

I wrote about the Amiibo products before (Be MOP #459), and during that time o writing I was tempted to buy a one or two and I am glad I did not. Upon opening and inspecting, the figurine are quite impressive and stand alone statues, with a nice weight to it and and you could just was easily to use it just as a desk decoration but the Smash integration and customization is still the ‘system sell’ of these collectibles.

Smash my be the reason for the Amiibo’s creation, but I hope that this is the kickoff the renaissance of some of some of the other great Nintendo Intellectual Properties. Nintendo has announced that there will be an Amiibo for all the Smash characters, from Rosalina to Mega Man and Duck Hunt and more importantly Nintendo has also started making plans to integrate these Amiibos into other Nintendo games, beyond Smash.

As of right now we just have Mario Kart 8, Zelda Hyrule Warriors, and Smash as the three Wii U games that utilize the RFID feature. But these Amiibo’s still have a lot of potential for their future confirmed products, with the Open World main Zelda title, next proper Star Fox game, and the Wii U Kirby game. 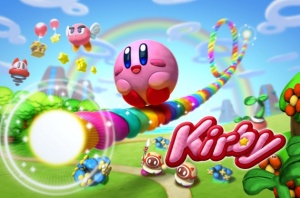 Now With the commitment Nintendo has placed in creating, shipping and selling these Amiibo figures I hope this hints at a long term plan from Nintendo to bring back more of their other, non-confirmed, I.P like Metroid, F-Zero, Kid Icarus the Fire Emblem crew to the Wii U for their own games.

But more importantly I wish to see all future Amiibo supported games give full support to all 40+ characters,because while we all know that Mario, Link, and Kirby Amiibos will be used on all of the future Nintendo games, I want confirmation that in the future, if I ever buy the less popular Nintendo Amiibos characters, that I will be able to use them just as much as the Mario and Link amiibos and get just as much in-game value from it.

I understand that the third party characters (Mega Man and Pac-Man) might have some legal hassle for using their image in other Nintendo games, but that’s no excuse for Nintendo’s other First party characters

#459 My Swaying Stance on Buying Amiibos

This is a big day for Nintendo, for today marks the release of the long awaited Pokemon Hoenn remake, the latest installment of the Super Smash Bros series and their newest product line, Amiibos, hints the store shelves as well.

Amiibos has been the latest addition to what I am reluctant to say the newest trend in videogames market, physical collectible toys that also have an unlockable character or gameplay for a game, basically physical DLC. Skylanders were the trailblazers with this trend, Disney Infinity followed up next and now it is time for Nintendo to shine.

I will have some choice words about how some amiibos are sold at certain exclusive stores. But that’s for another time

When I first saw Nintendo’s introduction video of Amiibos, I was against it scorned by the horror stories of the other games in the trend. Both Skylander and Disney Infinity does the terrible act of gating playable characters behind a paywall, which takes the form of toys. Say what you will about ARTS/MOBA games but at least you can earn every champion, with the option to buy the champion in question if you do want to go through the grind. 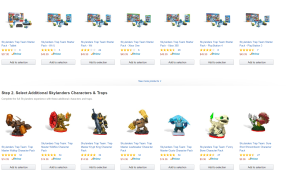 But after watching some of the newest Nintendo Direct and their plans for current and future Amiibo support, I have moved back onto the fence. The big push is with Super Smash bros, having the Amiibos act as customizable and upgradable friendly NPC fighters, in Mario Kart Amiibos unlocks special Mii racing outfits that your Miis can wear on the race tracks with the promise of Amiibos support for future games like, Hyrule Warriors, Captain Toad: Treasure Tracker, and Mario Party 10.

Comparing SKylanders to Amiibos, Nintendo offers a better investment than Disney or Skylander because those two only works with one game, and Amiibos has the promise/potential to work with  every big Nintendo game for the rest of the Wii U life cycle. It also might hint of more of Nintendo IP crossovers like we have seen with Smash and Mario Kart 8 DLC and this would also provide some incentive for Nintendo to start producing more Wii U games of older Intellectual properties, like Metroid and F-zero for example.

And nobody’s objecting to getting another F-zero game.

Personally I am waiting for more Nintendo games to come out with full Amiibo compatibility before I buy any, making sure it is not just a One trick pony. If I do commit to a purchase I am probably going to just limit myself to buying one, and only one and stick with it for *Hopefully* all of the future Nintendo games. I probability buy my Amiibo version of my Smash main, once I finally figure out what is my new Smash main or possibly my old school favorite, Pikachu or Mario.