#520 The Pickings from Wave 4 Amiibos

The newest wave of Amiibos are just around the corner, May 29th to be precise, and with that I have to evaluate which Amiibos are worth picking up.

I have done this with every Amiibos waves, from the first wave I was able to secure my Smash main plus a handful of others, I chose Princess Zelda from all of Wave 2, and I went on a bit of an adventures in the search for Mega Man and and the Golden Mario amiibo from Wave 3. Now with a month away I get to do the same thing this this batch,  this wave we have Wario, Charizard, Pac-man, Ness, Robin, and Lucina. 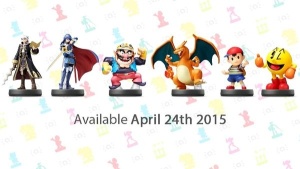 This time next month I am going to try my hardest to secure a Pac-man Amiibo for a variety of reasons: He is a video game veteran, I like his play style in Smash and he might be the first Amiibo after Star Fox that I will be leveling up to 50 in Smash. Before I watched the April Nintendo Direct the biggest purchasing point would have been that Pac-man, like Mega Man, would NEVER have any non-smash support from Nintendo. That was my plan until Nintendo casually mentioned  that both of these two 3rd party Smash champs will be getting their own Mii racing costumes with the next patch to Mario Kart 8. 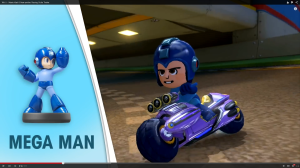 Maybe my initial outlook on third party, and the less popular amiibos, being left out in the cold while Mario and his gang gets constant support for every future game might have been wrong. It could be quite possible that Nintendo does have a plan to bring non-smash support to every one of their amiibos, so far we have Fire Emblem support in Codename S.T.E.A.M and amiibo support for the other third party game, One Piece: Super Grand Battle X.

So there is some hope out there out there for constant across the board first and third party support for every amiibo on the market.

I don’t count games like “Amiibo Touch & Play : Nintendo Classics Highlights” as a proper amiibo supported game, because just like the ‘Masterpiece’ feature in Super Smash Bros for the Wii U, it is only there to promote and sell other eshop games.