It is the first blog post of the month of May and that means it is time hop back on the bandwagon and get to work on my gaming backlog. Last month I announced that I took a month off of my personal project of mine to relax and enjoy some videogames without an end goal in mind.

During that month off I finally finished Majora’s Mask for the 3DS. Not only did I beat the game, I went out of my way to collect all the masks to unlock the Fierce Deity mask and wiped the floor at the last boss. 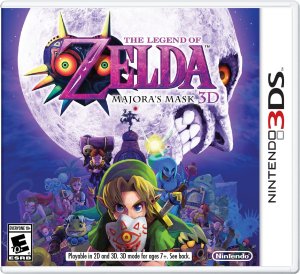 I justify cheating with Fierce Deity link for the first encounter because the amount of time I took to complete the side quests would be about the same time of unsuccessful attempts of fighting Majora as kid link.

And to nobody’s surprise, I have also been playing my fair share of The Binding of Isaac: Rebirth.

I reached the 100th hour sunk into this game. For reference: I stopped playing the original at the 334th hour

I have been making some serious headway with the many, many of the game’s unlockables for far for the past month I unlocked: the Lord of the Flies achievement, Finally beat the second, other, final boss -The Lamb-, and with the Lamb kill I also beat both end game bosses on Isaac, Cain, Samson, and Lazarus.

I am so close to unlocking everything else, I just need to beat the final bosses on the rest of the characters and the rest of the challenges, currently I am at 63% completed with the game. At this rate I am projected to 100% the game in 2016.

That month was a much needed break but it’s back to the grindstone of playing through the games I want to play. This month I am going to be focusing on the backlog that have been growing on my 3DS library.

The first game on the chopping block is Pushmo, the Last farewell gift from Club Nintendo, a causal pushing block puzzle game.

I have played a bit of it and I have concluded that Pushmo is extremely causal, extremely cute, and extremely Japanese

The other game is Pokemon Pearl.

I bought this Pokemon copy second hand and I have been itching to replay a Pokemon game and I want to revisit the Sinnoh region for quite a while now because Generation 4 was my least played Pokemon game, and I want if it was because it was my least favorite Pokemon generation or it is because forgotten forces from real life, ie High school, prevented me from playing that game as much as all the other games. 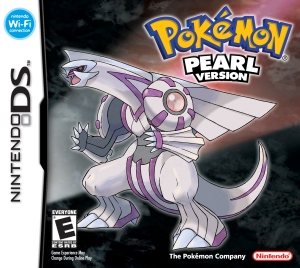 Plus I need it to finally finish a project I have started a long time ago.

Following my Friday’s Blog Post, it seems that the magic Nintendo Stars aligned to grant me a wonderful Nintendo filled weekend. First my paycheck arrived and with that I finally caved and bought the Legend of Zelda Majora’s Mask 3D edition. I will talk about that game more once I sink more play time into to to get past the second or third dungeon and enough of the side quests. I will say Majora’s Mask has some excellent level designs, with the ability to communicate what the game wanted me to do without any handholding or tutorials beyond the movement controls and it has some of the best 4D puzzles I have ever seen in a game.

After that I remembered that Club Nintendo was closing down and I still have not cashed in my Club Nintendo Fun-Bucks, along with the complementary Flipnote Studio 3D app for being a Club Nintendo member I also downloaded the Virtual Console edition of the Game Boy color game, The Legend of Zelda Link’s Awakening DX.

Link’s Awakening is the Game Boy port of Link to the past, which is the predecessor of my favorite 2D Zelda game, A Link Between Worlds and the inspiration to one of my favorite games series of all time, the Binding of Isaac. Lets hope the port holds up with compared to it’s other brothers in the genre. 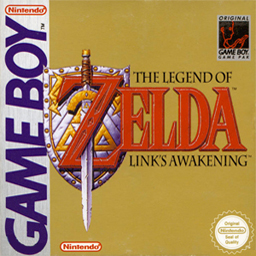 I did not realize I was as much as a Zelda fan I was until this generation of consoles and handhelds.

The Album is two discs with 36 songs and tracks each, one from the 3DS soundtrack and the other from the Wii U version of the game and best of all it is a physical copy of the soundtrack, with a colored insert and all. The thing is this was only for Club Nintendo users, and it would have incredibly simple, and cost effective to simple email everyone who qualified a web link to one of their servers for just a simple .zip file. But no, Nintendo went out of it’s way to order, produce and ship these out to the presumed thousands of people who bought both games.

They did not have to but because they did they have earned a bit more respect in their customer appreciation department now.

This is a great weekend because with the purchase of Legend of Zelda, Majora’s Mask and Link’s Awakening have been looking for a reason to open up and play my 3DS beyond just updating and exhausting all my free turns in Pokemon Shuffle. Now only if I could find a killer game that would give me motivation to boot up my Wii U.