#346 Games from my Backlog for the month of March

Well, here we are again (it’s always such a pleasure) a new month a new set of games to play from the backlog of the various Humble Bundled and Steam Sales.

Last month my pick was Batman: Arkham Origins, Snapshot, and Surgeon Simulator 2013. I talked the most about Origins, sadly it was focused on the negative, behind the scenes stuff and not too much about the game itself. At the start of the month I wanted to do a full post about this game’s and the Nu52’s portrayal of Copperhead and doing a rant about how important it is to respect the source material.

That post that could have been would highlight the two major problem I had with the Nu52 reboot: It changing Copperhead from a dude who wore a funny snake outfit to a female assassin that deals with poison and rewriting the Alan Scott’s sexuality which completely reconned my favorite story of him and his wife in the Kyle Rayner’s story arc, Green Lantern: Baptism of Fire

But those posts were pushed aside for talks about the development team’s philosophy of where the focus their efforts on future DLC instead of fixing the established bugs in the already established product.

I did reach an answer to my Bat-DLC question, I do not hate the product but I can find myself disengaged from the story. I pretty much dropped Batman: Arkham Origins once the first part of the Joker plot was settled.

Although I did not like how they nerfed the quiet ledge takedown move, how weirdly the remote batarang controls, and the overuse of cutscenes that disrupts the flow of the gameplay. but at the end of the day I can not hate a game that subtly mentions The Killing Joke and Knightfall. 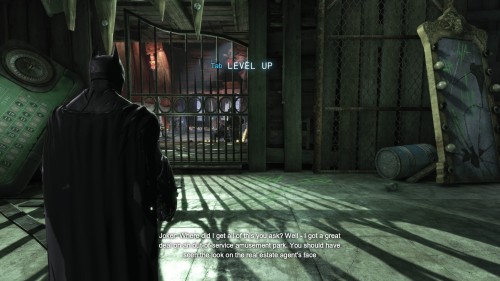 Disengagement seems to be the theme for the other two games I was supposed to play, neither Snapshot or Surgeon Simulation 2013 just did not ‘click’ for me. I was just feeling burned out on the February games all of the games were starting to feel more like chores than fun. It was another Batman game and another two-dimensional platformer produced by an independent team.

For this month I want to step outside of my comfort zone and I am limiting this months game pick from three to two. The first game on March’s chopping block is Serious Sam 3: BFE, the first single player shooter that I played since Portal 2 and Quantum Conundrum.

My other pick is the Super Mario 3D Land, a three-dimensional platformer produced by the well-funded Nintendo team.  I picked this up for my 3DS (to complete the holy Nintendo IP trinity of Mario, Zelda, and Pokemon) yesterday and I am already on World 7, but I have not been able to put it down. 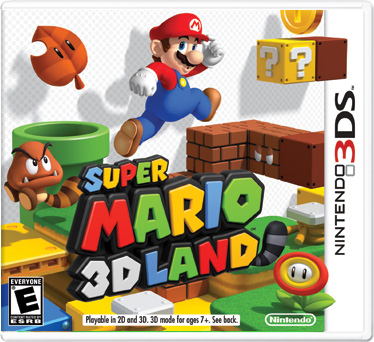 Even though I am breezing through the game, this Mario game is a prime example of amazing game/level design. I could write a book about the learning moments the game teaches you about the new mechanics with no in-game tutorials. The post be too long of a post and sadly it would not have any screenshots of the levels in I would mention because the lack of screenshot support on the 3DS.