#300 What is Steam OS’s target demographic?

We have not heard much about the newest Steam product, the Steam Machine and the Steam Operating System, since it was first announced. We have seen a prototype around the web but none are sent out to the beta testers….yet

When valve first announced the Steam OS I made a comment that Valve is following the same business model as Google when they went with their plans to release the Android OS, a more technically capable OS and because it was open to third parties it should bring down the cost of the devices. I am talking about it now because I read a report that said the Android phone is currently dominating the smartphone market with 80% of the phone population.

But looking back Android OS worked because when the program launched back in 2008 it was in a limited field with Apple being the only real candidate for touchscreen smartphones in the American market.

The difference between Android and Steam OS is that there is no native monopoly on the next-gen console market. We have the WiiU, the newly released PlayStation 4, and Microsoft’s Xbox One coming out next week and each of those systems have their own demographic and established brand loyalty

And Steam’s players (PC players) are not a reliable demographic to download the Steam OS because most of us already have an operating system that came with my computer and as Tech News and Reviews said, the Steam Operating system (as far as we know) does not cut it as a desktop Operating System.

Despite the negative tone for this post I am still holding out hope that Steam OS becomes as successful as Android in the few years. I will say that it was brilliant for Valve to outsource the hardware specs to other companies, thus giving those computer companies the burden of going through the hassle of finding the target demographic while marketing their own Steam Machines over the main three consoles AND any other Steam Machine competitors.

Then Valve can go around and collect the sales data from those companies, it’s almost to brilliant for words

To be honest, if Valve really wanted Steam OS to be successful they would just have to add an exclusive  Team Fortress 2 hat that is only achieved by launching  TF2 on the S.OS just like they did when they announced that the game is now compatible with Apple OS X and Linux. 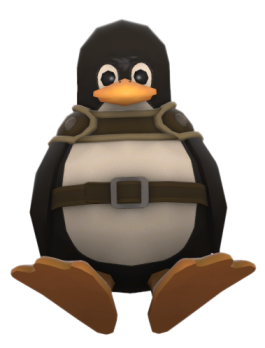 5 responses to “#300 What is Steam OS’s target demographic?”